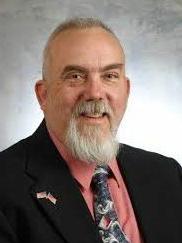 Before starting Horizon Interactive, Steve owned an Invisible Fencing franchise. He started working for Digital Equipment Corporation as a Course Developer and ultimately became the Site Manager for the Colorado Documentation and Course Development Operations division. 目前, 史蒂夫拥有几家小公司, which he uses to manage his passive income portfolio primarily through Residential and Commercial Real Estate holdings and through Oil and Gas Investments. He also writes a small business blog (SteveBiz博客.com) to assist entrepreneurs in achieving their dream of business ownership. Steve also has several other websites to educate investors about the Oil and Gas industry.

Steve volunteers his time to many civic organizations. Steve是被认可的SCORE导师, consultant for the SBDC and sits on their Advisory Board, and was a member and treasurer of the Board of Directors for the ARC of the Pikes Peak Region, a local non-profit helping individuals with developmental disabilities. He was also the Entrepreneurship Director for Pikes Peak Community College.

“Steve was very knowledgeable, articulate and easy to talk to.”

“史蒂夫提供了非常有用的信息. I am already implementing the things I learned and will return for another meeting!”

“一个了不起的经验. I’ve never owned my own business and the knowledge Steve shared has been instrumental in moving forward.”

“Both Shaula [Denton] and Steve [Imke] are fantastic! The resources at SBDC are always so helpful and relevant to my needs.”

“多谢! Speaking with Steve [Imke] opened up a new perspective for me! Can’t wait for my next session with a counselor.”

“我欣赏他的活力和观点! And more importantly, respect when I was interested in selecting a different approach.”

The Colorado Small Business Development Center Network (SBDC) is funded through a cooperative agreement with the U.S. 小企业管理局(SBA). The SBDC Network is a partnership between the State of Colorado, Colorado Office of Economic Development and International Trade, 小企业管理局(SBA), 科罗拉多州的高等教育机构, local economic development organizations and local chambers of commerce.